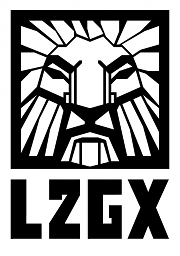 It's pretty much the ultimate manfood. Nothing says testosterone as much as a large hunk of meat, still dripping blood. Red, as in blood-red, is the color of virility for many, many reasons, none of them subtle or nice. The ways in which we cook steak reflect this manly aura- grilled or cooked, a steak is handled in an aloof, manly manner- no prissing about here.
But how is it best served?

According to wikipedia the name derives from the Old Norse word for 'roast'. Simple enough, and many words for beef seem to be derived from Old Norse. Steaks are cuts of cow skeletal muscle across the muscle bundles. They are named depending on the 'cut', or part of the cow they are cut from. Different cultures recognize different cuts, but of course the best bits are cut the same all over.

-and pick a tender steak. Our best options are Filet mignon, Entrecote or T-bone. From those, the most flavor full is the Entrecote. We'll be wanting a nicely marbled piece- fat carries the flavor! However, many people have gotten used to unmarbled meat served at restaurants- it's up to you really.

Before we start cooking you need to let the steak warm up to room temperature. Now you can either leave it lying around for a few hours, or do it quickly. However if you take your time you can already get to work ont he meat while it's warming up.
The most common ways to pre-pare meat are marinating and brining. Marinating will be covered in other recipes, and brining is an insult to good meat.
Now there's a third way to work your steak, which will get it nice and juicy... which is to cover it with coarse salt. The salt wil initially draw out water. As the water mixes with the salt osmosis will start drawing tiny amounts of brine back into the meat. Now this works better if your steak is marbled, with the salt infiltrating along the fat. The salt will then interact with collagen.

Sea salt lowers the temperature at which the collagen denaturizes (or: falls apart). So there's another reason to let your steak lie a while. If your steak is 2 cm thick, let it sit for 45 minutes with one teaspoon of salt per side. 2,5 cm needs 60 minutes, 1.5 only 30 minutes. This works for any collagen, so you can tenderize chicken or pork.. After the set time has passed, rinse the salt of the meat and put it aside on a dish. By the way, the red stuff that is seeping from the meat is not blood but myoglobin, which tastes of liver, i.e. iron.
Having tested this method once, I was less than convinced by the results. The steak was too salty and not as tender as promised. Perhaps more experimentation could have produced better results, but there are other, better methods.
Another way to tenderize meat is to dry age it. You can do this yourself if you want to get to a lot of trouble to create a proper, dry and cold, environment. But a good butcher can do this for you- it will raise the price of the meat. The dry aging will impact the weight of the meat as it loses water, as well as the taste. Sometimes fungi will grow on the surface of the meat. They'll be removed before sale, but produce tenderizing enzymes.
Apparently a new way to age meat is to wet age it by vacuum sealing it. I've not had meat tenderized this way, but the concept sounds solid enough. It does seem to be a trick to save money compared to dry ageing, and one wonders what other corners would be cut on such meat.
There is, however, one way to tenderize the steak that stands above all. One that is more hands on, manly, mean and just plain right than any other. And that is blunt trauma. Wether you slap it on the cutting board a few times, box a half carcass hanging from a hook or use a meat tenderizer, this is guaranteed to get you results. It is best done a while before you cook the steak. And if you handle it properly it looks very manly indeed. The trauma weakens the steak both directly and by releasing and granting access to enzymes.

Flavor is the combination of aroma and taste. You can have hundreds, even thousands of aromas which are all, basically smells- some if which, granted, are only released in the mouth- and so only pass through the nose. Your tongue can only taste- and for a long time we thought it could only taste four things: salt, bitter, sweet, sour.
In 1866 German chemist dr. Ritthausen discovered a molecule in wheat he named glutamate. In 1908 Japanese scientist Kikunae Ikeda named the typical taste of glutamate 'umami'. He went on to patent monosodium glutamate (MSG) wich you'll undoubtedly have heard of and so kicked of a revolution in food preparation. A student of Ikeda discovered a compound called inosine monophosphate.
By the late nineties when the relevant taste receptor was discovered, hundreds of compounds with the umami taste were known. Glutamate is far from having the sole right to the name; back in the early 19th century French politician/gastronome Brillat-Savarin named the same taste found in broth Osmazone. In fact has been known, if not named, in thousands of foods since the start of history. It tastes so good because it indicates the presence of ready amino acids in food, just as sugar denotes the presence of ready energy, and salt.. well, salt. For us the most important thing to know is that it's the basic taste of meat, but that beef, on it's own, is low in umami taste compared to many other meats.

I'd like you to get familiar with non-enzymatic browning. In the early twentieth century, Louis-Camille Maillard switched from kidney research to researching the reaction between amino acids and sugars. In what became known as the Maillard reaction, amino acids and reducing sugars interact to produce hundreds of types of molecules that themselves breakdown into even more types. Maillard reactions start at 120°c.
The second important form of non-enzymatic browning is caramelisation; the oxidation of sugars. This slow burning occurs when you heat sugars up to around 170°c (although frucose caramelises at 120°). Butter, buy the way, starts smoking at 177°C.
Now the point is not to get a caramelized steak: a little bit of caramelisation isn't necessarily bad, but we're looking for that meaty umami taste. As I said before, of it's own beef is low in umami tasting molecules. To give beef taste we need to produce more- and that's what the Maillard reaction does.
So we need to stay well below caramelizing temperature.

A sixth taste has been hypothesised and baptized kokumi by japanese scientists and linked to the molecules glutathione, protamine and L-histidine. Rather than a seperate taste it reinforces sweet, salty or umami tastes. It's been described as 'moutfulness' or 'hearty' and is perceived through calcium receptors that occur at many stages in digestion.
Certainly beef is hearty, so what could make our steak even more hearty? "Additives!" My research tells me; indeed no-one seems to know if cooking can produce kokumi.
Glutathione is not absorbed from food and is destroyed by cooking. Perhaps it's the taste of uncooked meat and vegetables; an original identifier of food.
Protamine appears in sperm and is likely why in Japan fish sperm is considered kokumi. I'll leave the evolutionary benefits of this taste sense to your imagination.
It's in L-histidine however that we hit paydirt. This amino acid cannot be synthesised by children-they have to eat it to survive. It's therefore clear why this would 'taste good'. And it's meat that's the richest in histidine, all sorts of it. Furthermore it's not damaged by cooking- so it's just 'there'.

Now to finish up this little chapter on taste, there's been a rush to the presses on research indicating humans can taste fat as well. We already know that we can percieve fat at other stages of digestion, and that it gives a sense of satisfaction which is essential to any gourmand's culinary experience. But there's more to it than that. If you've ever read the novel Perfume you'll know that fat is an excellent carrier of smells. And as we said before: flavor is the combination of tastes and aromas- or smells.

Butter is basically milk gone from a fat in water solution to a water in fat solution- by removal of the water. The melting point of butter is determined by it's composition- and the type of fats. Of course we'll be using cow milk butter, and we're talking about 40°C- at this point the butter clarifies. We're a long way from 120°c though. As we heat the butter up past the point where we'd get the Maillard reaction we come into butter's own browning temperature: 150°c. So this is how we determine the right temperature without a termometer. Again, if your butter is smoking you're at 170°-200°C and way off.

The pan is ready, the butter foaming but not browning, and the steak has been rinsed of salt.
Chuck the steak in the pan and leave it depending on how done you like it, then flip an leave again.
Remove it from the pan and put aside on a *hot* plate. It's a good idea to rest the steak five minutes so the juices can spread from the center of the steak to the dried out exterior. Cover with tinfoil so they don't get cold! If you do this on some sort of 'rack' it's even better as the surplus juices don't soak the crust. As this is a Belgian site- serve with fries.

Umami again, and a humble suggestion.